Laten we even kijken naar het verschil in omstandigheden: 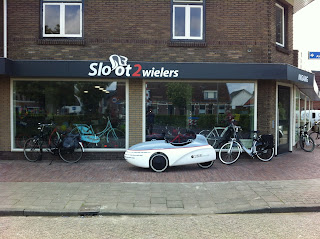 Further explained: how geography and the human body determine bicycle use

After I finished my social and phyiscal geography posts (see 'Dutch Cycling' at the Top Menu of my blog for the other posts), discussions started on the blog of As Easy As Riding A Bike. As a result, I realized that I'm missing one other factor in my model: the capabilities of the human body. For this post, it's very important to realize that I will not describe the bodies of trained people, let alone sportsmen. As I'm discussing bicycle use as a mainstream mode of transport, I will be quite modest with assessing the average human power. I should use data that can be matched by the lazy, elderly, children, overweighted and drunk.

So, you'll have to wait for my NS and AH post. Unfortunately, I'll have to recap a bit of the previous posts, to get a full story.


Summary of physical and social geography

So, we cycle in The Netherlands from (macroscopic) social geography perspective because:

Capabilities of the untrained human body
In short, the Dutch cycling distances are mostly less than 10km and 77% is within 5km.

A quite average track would be like 4km at 16km/h: a 15 min ride. No sweating please, because that makes me smelly: it's not about the exercise, but it is about getting to the destination (school, work, shopping area, theater, restaurant, boyfriend), at which body odors are usually not appreciated. Now what would this mean in terms of energy use? Well, that should be pretty low. Let's have a look at the BoCycle's easy calculation sheet (see on the right panel of my blog). In the tabel below, I summarized some calculations.

Without wind, the required power for 16km/h on an old fashioned 20kg Dutch bike would be 80W for a 75kg person. 80W is a medium-light exercise. Getting the average coastal Dutch wind (20km/h, 5.6m/s, 4Bft) as a full head wind is annoying, but something to overcome. Inland, the average winds drop to only 8km/h, making these figures quite worst case for The Netherlands as a country.


'Flat' might be a relative thing. E.g., blogger As Easy As Riding A Bike thinks that London is flat. It's not at all. London has 22 hills above 100m. The highest is Westerham Heights at 245m. This is peanuts as compared to the Alps, but look at the table and one will understand that these are true bicycle killers for the masses. The London humps are significant climbs as compared to the Dutch flatlands, mostly ranging between -4 and +20m. Let's take a look at the table on what a 100m climb does to cycling. Well, it's still quite OK. Similar to the average Dutch head wind.

But please realize that that stupid hill is there every day, while the wind can have a day off, or blow from another direction. On top of that, there are more practical reasons why headwinds are less problematic than hills. Houses and trees can give shelter against winds, but no shelter exists against climbing hills. Headwinds provide effective cooling, so one can deliver more power without sweating. Hills don't.

And what a bummer if one has to climb 200m. The speed drops to walking speed and it'll take you 45min to get only 4km further, provided you don't want to sweat. Then check out what happens if you combine hills and 20km/h headwind...Realistically, one would jump into a car ASAP under these conditions. Only e-bikes and pedelecs would help one out. But these have nothing to do with road safety, as  they did not exist in those so-called for cycling road safety decisive 70ies.

No winds in the UK? Of course there are, the UK is the first barrier for the dominant south western atlantic winds before they actually hit The Netherlands.

Average winds in the UK. Note that these are measured at 25m above ground level. Ground level winds will be less, but very comparable to Dutch winds.

For the very same reasons, also the average Dutch masses do stop cycling when hills appear and just grab a car. Below, I list bicycle use in South Limburg, click on the link, open the Excel file, scroll to the bottom and this is what you'll see (I only took the left columns):


All these communities are in the hilly areas of South Limburg and all are at the very very bottom of Dutch cycling use. Average Dutch cycling use is much higher: 27% on average. Look at Vaals, the community of the Vaalserberg (323m), the highest point in The Netherlands (pretty average for the UK and quite low for half of Germany, Belgium, France or Norway). Cycling in Vaals drops to 3%, not much higher than average British cycling levels (2%). Interestingly, the South Limburgians are true cycling-enthousiasts, but they look at it as something very sporty, and as such, it does have a high popularity as an alternative to e.g., football.

Also, this low cycling use in Vaals will not be due to bad cyclists road safety, because we're still in The Netherlands. Of course, there can be cultural effects, e.g., making the Vaalser people think that they live on the top of an alpine mountain. I hope you're starting to get my point now that cycle use is very much a cultural thing. Physical and social geography do influence decisively the attitude of the masses towards cycling, but in the end, it's the people that cycle, not the mountains.

Vaalserberg, South Limburg, The Netherlands. What a beautiful area for cycling.
Fact is, nobody does...
Fact is, this picture could have been taken almost anywhere in Germany, France, the UK, Denmark...

﻿
Typical landscape in South Limburg. Cycling drops 3 to 8-fold here as compared to the Dutch average. The geographic cycling potential of such an area is quite low.

Conclusions
I hope this post gives a bit more understanding of what I call the 'breeding grounds' of Dutch cycling.

Geographical factors are very hard to influence and only change on time scales that are irrelevant to promoting bicycle use. The better an area complies to these cycling requirements, the higher cycling use could be. One could define this as the Geographic Cycling Potential of an area.

Another interesting definition might then be 'Cycling Saturation Level', the level to which Actual Bicycle Use reaches the Geographic Cycling Potential. The problem of this very theoretical approach will be how to exactly determine the Geographic Cycling Potential in real life... So it's not very practical, but still it's an interesting concept to get the message across.

In this aspect, I do see that the Cycling Saturation Level is much higher in The Netherlands than in the UK, France or Germany. But as indicated, it's not just geography...also our culture helps us. 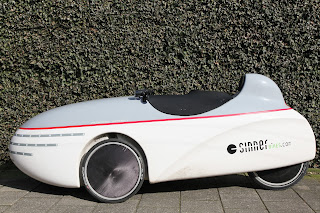 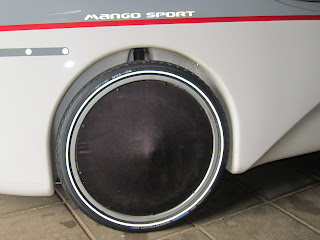